The Deutsche Alpenverein (DAV), or German Alpine Club, has recently published an illustrated booklet featuring a wide-ranging interview with the chair of Munich GOC, Thomas Michel. That it has done so shows just how far GOC München has come since its foundation and the extent to which LGBT people are now welcomed and accepted in the DAV.

In the interview Thomas talks not only about GOC München then and now but also about his own background, including how he first got into hill walking as a young student in Leeds.

GOC München was set up in 1986 by John Heeley, when he moved to Munich from North Yorkshire, where he had been a member of Transpennine Group. Sadly,  John died in 2002 while leading a joint German-British GOC trip to the Italian Alps. He slipped and fell to his death along with a member of his party he was trying to rescue. Martin Walker and David Bassi, who are still active in the Transpennine Group, were on that trip and took the lead in dealing with the formalities in Italy so that John’s funeral could take place in Yorkshire; they also kept in touch with his mother for many years afterwards.

GOC München has now surpassed its British counterpart in terms of overall numbers. Its core membership is still in Munich and the surrounding region, but it also has significant numbers in other parts of Germany. In 2004 the club successfully applied to become part of the DAV, which is in turn part of the wider Alpenverein, a federation of clubs in Austria, France, Italy, Spain and Switzerland as well as Germany. Each is made up of autonomous groups. GOC München is one of these, but unlike most of them, which are geographically based, it now offers a space for LGBT people across Germany to enjoy the outdoors together while getting all the benefits of belonging to the DAV.

Click here  to see a copy of the DAV booklet containing the interview with Thomas. 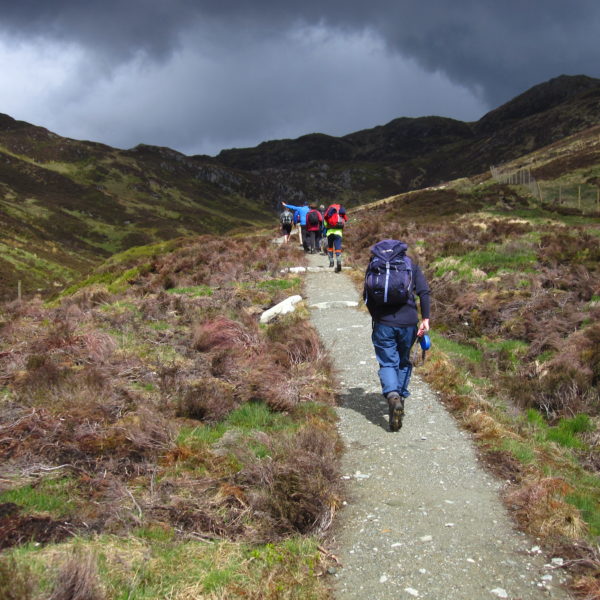