The wooden footbridge over the East Okement River was the only man-made object visible from our Friday night camping spot. Although we were only an hour’s walk from the centre of Okehampton, the steep-sided valley gave a feeling of remoteness and seclusion from the outside world. As darkness settled over the moors and pastures, the sheep fell silent and the only sound was water.

This trip, which had been long in the planning, brought together GOC members from London, the West Midlands and Devon. We were a small but select group – just four people in fact – but it was definitely a case of less being more.

The wild camping experience involved carrying everything we needed for the weekend on our backs, taking water from the river and cooking our evening meals on camping stoves. However, at this point I have to confess that the nearest pub, the Tors Inn, was only a mile away in the village of Belstone. It was too tempting on Friday evening not to go there and it turned out to be well worth the visit.

On the Saturday morning, after striking camp, we took it in turns to practise navigation – using timing, pacing and compass bearings – on the way to our second night’s camping spot. Our route took us to an ancient stone circle and then to Belstone Tor, Higher Tor and Okement Tor. There are a lot of tors - rocky high points of the moorland - on this part of Dartmoor, hence the name of the pub we’d visited the night before.

Descending into Steeperton Gorge, we found that the first possible spot for that night’s camp, identified on a reconnaissance trip six weeks earlier, was now overgrown with bracken. It was a lovely place, however, so we stopped to eat lunch, dip our feet in the water and enjoy the sunshine. A bit further downstream there were two other guys, who could well have been members of GOC, bathing in a rockpool. This was only the second time we’d seen anyone else that day.

We then found a nice flat, grassy area, so we pitched camp rather than carry our heavy packs any further.

By the time we’d had a brew it was 3pm, but we still had at least six more hours of daylight at our disposal. While one person opted to relax around camp, the rest of us, now relieved of our heavy burdens, hiked to Hangingstone Tor, which at 603m was our highest point above sea level that weekend.

Although our second camping spot was only six kilometres from the first, we were now in quite a remote place in the heart of Dartmoor, so there was no question of a visit to the pub that evening. Instead we took time to get in tune with our surroundings and appreciate the wilderness experience. We all slept very well that night.

Next morning the first part of our walk was along rough and boggy ground following the brook upstream on the other side of Steeperton Tor from the gorge. One person’s aged fabric boots were not quite up to the task, so it was a relief to reach the footpath that would take us to Hound Tor.

From there we continued to Little Hound Tor, passing another ancient stone circle, and then to Cosdon Hill (550m). Having so far that day met only one small group of people, we were surprised now to be joined at the summit by three separate parties coming from different directions. These included a group of young people on their Duke of Edinburgh Award silver expedition and some older people doing a complete circuit of Dartmoor over several days.

A slight navigation error on the descent meant we had some more walking on rough, pathless ground as we contoured round the hillside before heading directly towards Belstone. Just before reaching the village we stopped for a while at an idyllic spot by the River Taw. It had been foggy early in the morning, but by now we were again enjoying bright sunshine.

It was very tempting to stop at the Tors Inn for a pint, which we deserved after a Saturday evening of enforced temperance, but our return journeys were now uppermost in our minds. We said goodbye to the member of the group who had parked his car on the edge of the village, then the remaining three of us continued our walk back to Okehampton, where we had started two days earlier. 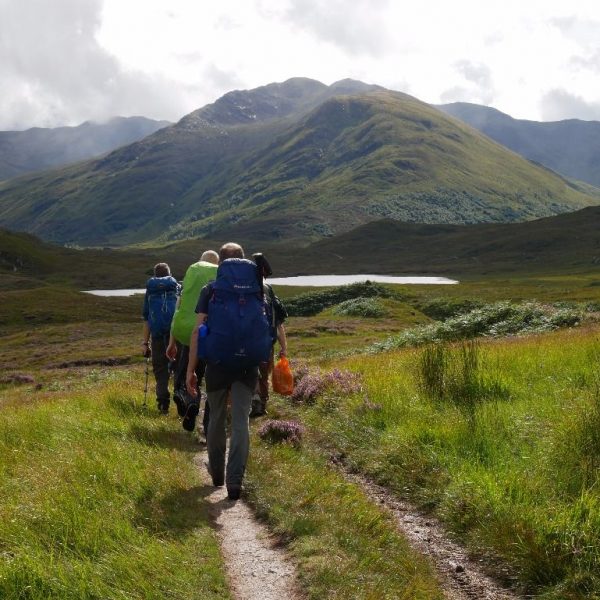 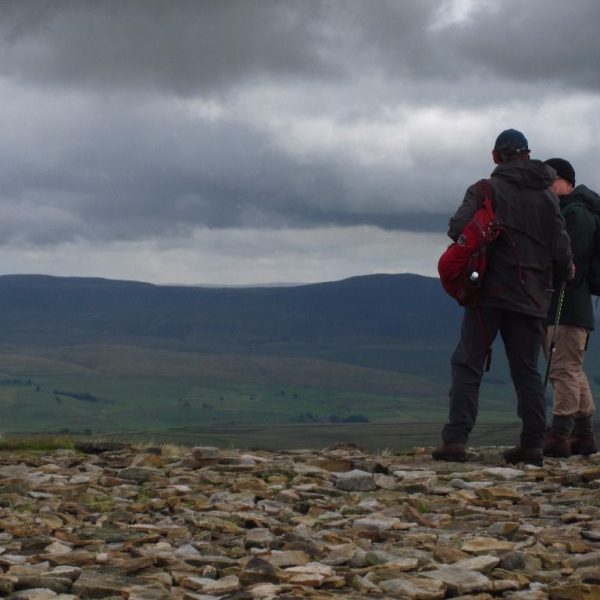 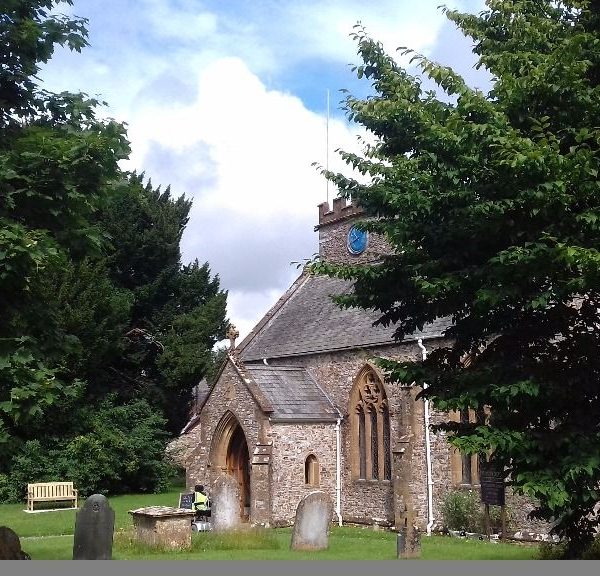 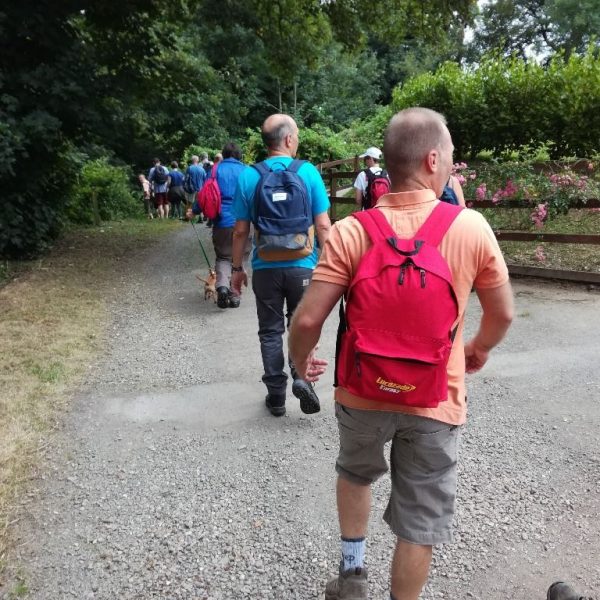 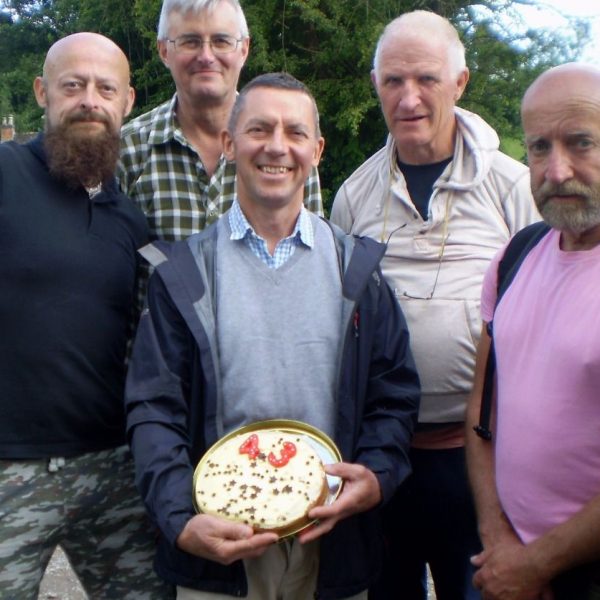