The day started off with promising blue skies, as 17 of us set out on what was described as a 14 mile reasonably flat walk. It would have been flat if it wasn't for the hills that nature had put on the landscape but that just meant that we were rewarded with terrific views. The group was mixed with some wearing shorts and some less hardy wearing trousers. The first part of the walk had minor bits of mud and plenty of shade as we walked through Godshill woods towards Hale. Then once we got to open countryside we realised why the walk leader was wearing long trousers some of the paths were so overgrown it looked like we were P.O.W's with arms up to avoid the nettles and bracken. When we left Breamore and headed towards Whitsbury the black skies started and promised as one of the walkers described a memorable day of weather. As the rain started to descend some of us mad an impressive run for the cover of the trees but the more hardy or less fit, you decide... stopped and put their wet weather gear on. From then on the weather just teased us with bouts of sunshine that was colouring the exposed skin and torrential rain.

When we stopped for lunch the sun was out and promised us a sun soaked spot overlooking Rockbourne but alas 15 minutes in and the heavens opened and lunch was cut short. There was little let up of the rain for the rest of the day. We did walk through a poppy field that was apparently grown for morphine - apparently there is a world shortage! When we were just short of Burgate there was a brief thunder and lightning storm and then the rain fell and we walked the last 3 miles in absolute torrential rain.  There wasn't one of us in dry clothes by the end of this walk.

Saturday saw 10 of us sit down and enjoy a superb meal at the Old Cottage Restaurant in Ringwood http://www.oldcottagerestaurant.co.uk/find-us.php. Gordon and Neil had to walk down a flight of stairs as they were staying above the restaurant and they weren't the first to arrive !!! The meal was very good and reasonably priced.

Gordon led 9 of us through some fantastic countryside on a 10 mile stroll, in stark contrast to the Saturday walk, the sun was shining and the terrain was flat and the ambience was very relaxing. There were many spots where you had to circumnavigate a puddle or two but on the whole a great walk. The New Forest reptile centre was definitely worth a visit (we tried to donate Bill but they wouldn't take him).  Full details on this delightful centre including their nestcams is here http://www.forestry.gov.uk/forestry/englandhampshirenoforestnewforestnewforestreptilecentre

We then went to the Portuguese Fireplace which was retained from the cookhouse of the camp and with financial aid from the Portuguese Government has been restored. This is the site of a hutted camp occupied by a Portuguese army unit during the First World War. This unit assisted the depleted local labour force in producing timber for the war effort.

For lunch, Gordon chose a spot where there was a fallen tree that we were able to sit on and enjoy our lunch, the New Forest ponies and cattle were also enjoying a spot very close by and I think that one of the ponies was rather jealous of Gordon’s sandwich although he did eventually give up and wandered off to the rest of the string.

Throughout the day again in stark contrast to the Saturday walk where we didn't see anyone, there were quite a number of people undertaking part of their Duke of Edinburgh award challenges. I am not saying that map reading advice was given but very soon a few groups were heading in the correct direction. 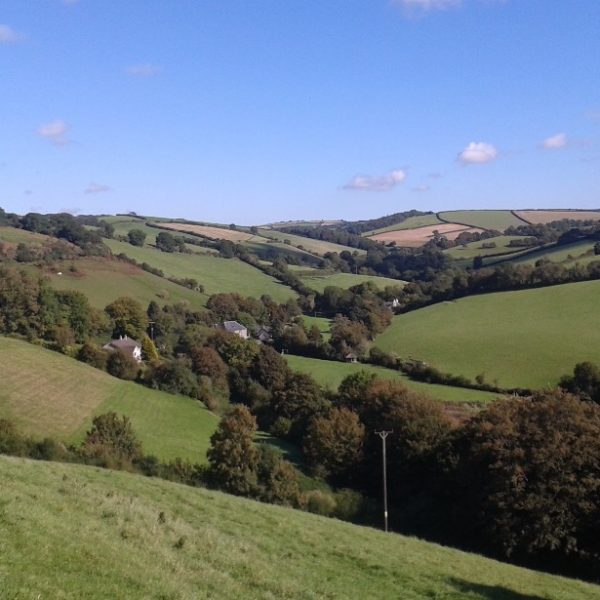