CONGRATULATIONS are due to PAUL & HOWARD for organising a great day out clambering up and over the Malvern Hills, Worcestershire. Ten, & Frankie - dog - made long journies from London, Caraven Arms, Birmingham & Oxford to arrive for 11am. Bill & Frankie were waiting with drinks. Four members & a dog were about to set off in the van, when the rest decided to get a lift. All ten loaded into van as it snaked its way to the upper town area. PAUL + 5 set off up the steep hill whilst the rest headed up. Soon the houses merged into a vast landscape. Having parked one group headed north to meet the other group heading south. Passed each other. Met for lunch at "Kettle Sings". Afterwards we all set out to climb the three peaks - after two Frankie had had enough so we watched the group head off. Some did an extra peak, some the Abbey with cream tea. All loaded in van for a rush to catch the waiting train. Thanks Again to all. Bill & Frankie 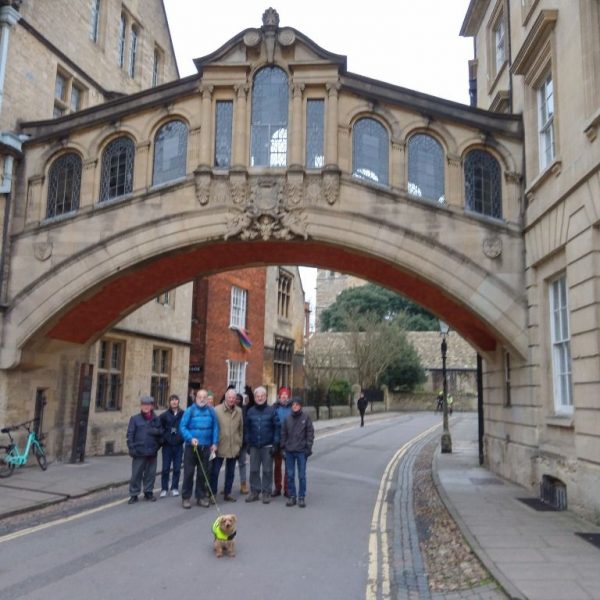