Having finally completed the inner London Capital Ring last month, GOC London set off on a new challenge, the London LOOP, London's 150 mile outer orbital path. Two groups assembled at Erith station and set off half an hour apart bound for Bexley about 9 miles away. We had last walked this stage over 4 years ago in April 2017.

We initially followed the Erith riverside promenade, after which we had a few hundred yards of not very pleasant road walking. This is recycling, scrap and industrial land with a lot of HGV traffic. We soon however tuned off to the riverside path passing through the Erith and Crayford marshes, with long views of the Thames estuary across to Essex. The tide was low, exposing huge expanses of raised mud banks.

As we arrived at the boundary with Kent, here demarcated by the River Darenth, we turned south away from the Thames, and passed the river Darenth flood barrier, a rare vertical feature in a horizontal land. We followed the last mile of the Darenth and then turned right again to follow the Cray, its tributary.  This part of the walk, while having its scenic highlights, also passed scrap metal yards and other typical 'edge-city' industrial sites. They nonetheless had their bleak interest, and even provided some occasional colour.

Now proceeding generally south westwards we left the open estuarine landscape. The River Cray changed its character to become a meadow-banked channel. We arrived in Crayford, formerly an important river crossing on the London-Dover Watling Street. Here we ate our packed lunches in a small public open space by the river. Fay, the proprietor of the Lindy Lou tea room which is currently only open on weekends for takeaway service, came out to ask us about our walk and we discussed that and her rather unique 1940s style tea room. GOC London had taken tea there in 2017. We would like to return when the tea room is fully open, as it is really quite special.

After lunch, we passed through wide Cray meadows and skirted the Hall Place estate, a former merchant's grand house now owned by the London Borough of Bexley. We could view its grounds although the building was secluded from view. The route in quick succession crossed a railway line and the A2 in a complex though ingenious manner. At one point we were separated from thundering traffic on the A2 only by its crash barrier. Fortunately this only lasted for about 50 metres and we were soon away from the traffic.  There followed a lovely section of woodland, where early spring flowers were in bloom.

Towards the end of our walk, we made a slight detour to look at the churchyard of the St Mary the Virgin, which forms a quiet oasis in busy Bexley village. We noted that the church has an interesting octagonal spire perched on a square tower. Both groups were able to have a now-legal outside drink at two Bexley pubs. It was a very to be able to gather socially at the end of a walk after so many months.

We had all had an enjoyable day. The weather had been changeable, warm when the sun shone but chilly when it went in. There were some dark threatening clouds at times but it only rained a little for 20 minutes or so. and all in all, it was a good day for walking. We are now looking forward to Stage 2! 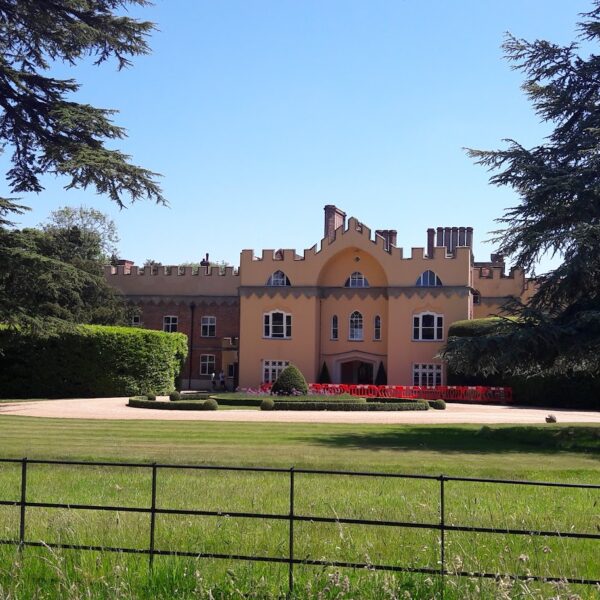 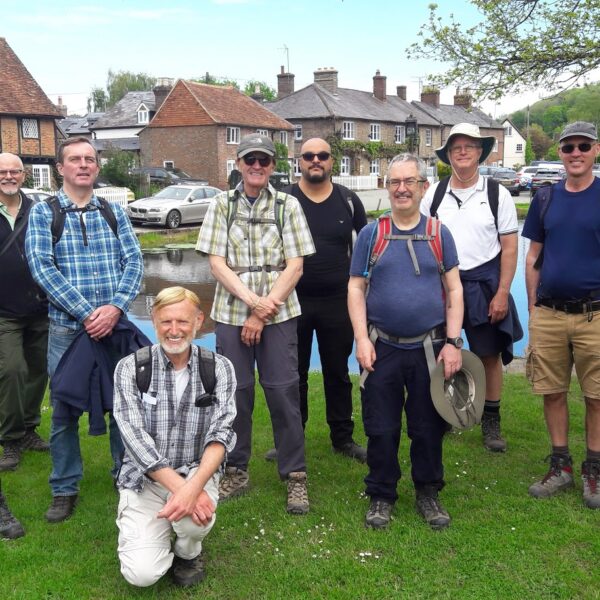 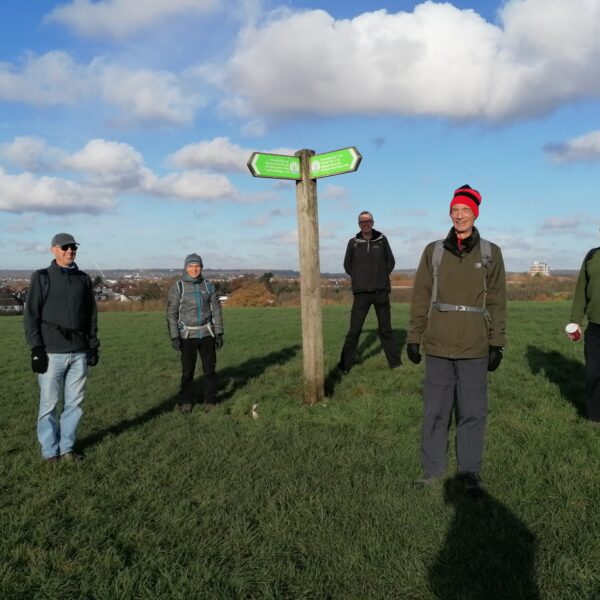 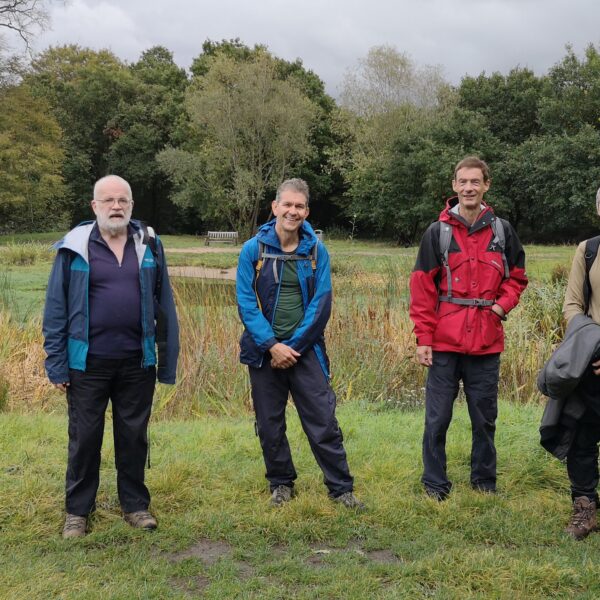