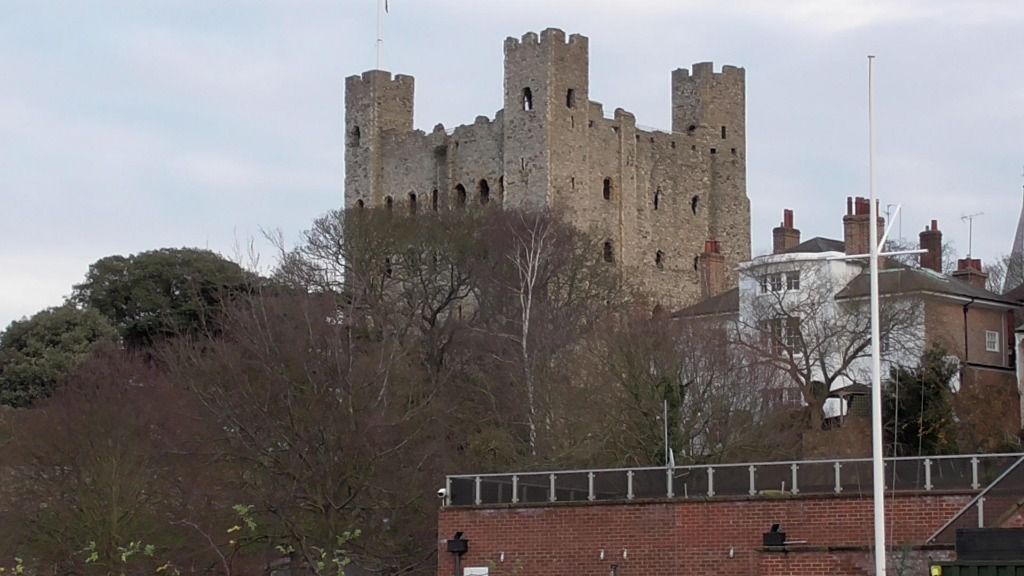 Following recent changes in government advice regarding Covid-19 to avoid all non-essential travel and maintain social distancing, all walks and other activities are cancelled until further notice.

We will continue to review the situation in line with guidance issued by the government.  Further information can be found here, and will be udpated in due course.

In the 1860's Emperor Napoleon III of France began sabre rattling and threatening to invade England. The government built a series of forts around the Chatham Royal Dockyard as it was key in the defence of the approaches to London. I've joined up 7 seven of the forts and thrown in a Norman castle to create an interesting 10 mile, historic, semi urban walk with spectacular views over the River Medway. There is significant climbing as we'll be going from sea level to the tops of the surrounding hills.

Bring a packed lunch or buy food from shops as we pass, we'll warm up in a pub at the finish.

Full details are available to members only

Log in or register now for your free trial